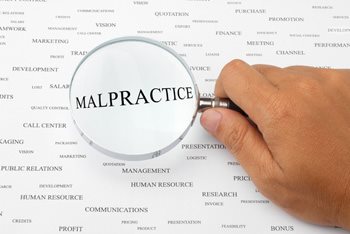 Psychiatrists to Patients
Patient confidentiality in regards to the relationship between a psychiatrist and a patient is a solemn aspect of the physician-patient privilege. Patients with psychiatric problems have the least rights when being committed to a psychiatric ward or an institution for the mentally ill. Patients with mental illnesses that present a specific danger to the general public can be forced to be admitted for treatment. The person who referred the patient to the custody of the mental facility will receive medical progress reports and other medical records to get a sense of the patients’ recovery.
This exception to the confidentiality between a person with a medical issue and his or her physician is viable with regard to mental illness because the disclosure of such medical records is in the interest of accountability of the mental institution as well as of the patient. Person’s who are the patient’s caretaker will receive medical records on behalf of the psychiatry patient to serve the patient that may not understand the nature of the problem.
Non-Psychiatric Patients
Non-psychiatric patients have the least exceptions to the standards of confidentiality and care because the nature of physical illness is much more tangible than that of mental illness. Persons who are sane are more sensitive to the consequences of medical record disclosure. The solemnity of physician-patient privilege cannot legally be breached without threat of the patient suing for medical malpractice.
The issue of confidentiality is a question of medical practice because lines of clear and truthful communication between a patient and a doctor are critical to the scientific investigation of a medical problem. If a patient feels threatened by the prospect of a doctor disclosing medical secrets to the public, then the patient is less likely to freely communicate with the health care provider.
The privacy of medical records has few exceptions. Doctors share medical records with the parents of Children under the age of reason because this medical information must be shared, for the child does not know better. When a child is of the age of reason, then the doors are closed and the doctor and the teenager assume a normal physician-patient relationship. Public figures, like presidential candidates also have exceptional medical records. The health of these individuals is a matter of national interest; therefore, these individuals have less legal privacy protections.
Standard of Care
Patients are entitled to a certain standard of care to which all are due equally for a given area of medicine and locality. In a legal sense, the concept of substandard care is a matter of receiving care that is less than what would normally be administered for a given set of circumstances and illness. Patients cannot be turned down emergency care based on inability to pay. This is unique to hospitals.
Private practices reserve the right to deny care. However, emergency rooms may not deny any patient. Doctors may not administer substandard care to patients that are financially indigent. The standard of care is based on the American Hospital Associations guidelines. Malpractice laws also enforce the standard of care to which all emergency room patients are due.
Practice Guidelines
Given the faulty economy and the damages many hospitals have sustained as a result of previous malpractice suits and other financial setbacks, some hospitals have struggled to keep afloat. Hospitals have responded to the tide of malpractice suits by cracking down on innovative treatments. Hospital management have mandated practice guidelines to reduce the incidence of malpractice law suits.
Practice guidelines have opted for safer and less risky treatments. The downside of this is that the prospect of recovery may not be as big with the “safer” medical procedure. Risks and innovations have saved lives in the past, however, many hospitals now have an agenda of self-preservation over innovation today. Such practice guidelines are also intended to make consumer health-care insurance more accessible to people by reducing medical liability insurance costs.
Proving Negligence
It is not sufficient to be merely dissatisfied with a doctor’s performance to sue a hospital or a doctor for medical malpractice. The patient must prove that the doctor acted negligently. In addition the patient must prove that the doctor’s intervention did, in fact, cause injury. This is not always the easiest fact to prove because chances are that the patient’s health was not good before receiving the allegedly shoddy medical care.
Patients also have to prove that the care was substandard to present a viable malpractice case before the court. Simply tell the lawyer the truth and the lawyer will best advise if the case is strong enough to go yield a settlement. Medical malpractice laws are designed to through out illegitimate claims and keep legitimate claims within the realm of the deserving patients seeking remedy for unnecessary pain, suffering, and economic disadvantage resulting from medical malpractice.